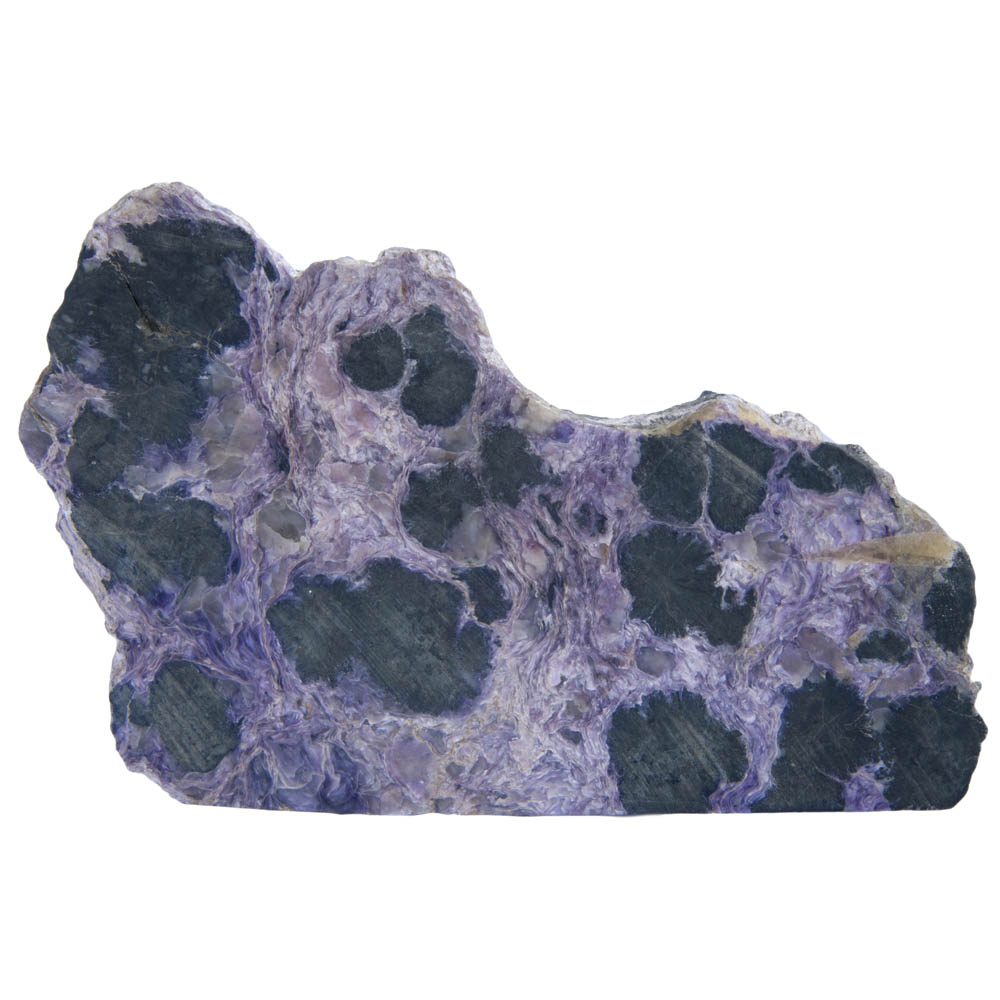 Charoite stone has only been known to the world recently. This stone was named after the location where it was discovered first. Charoite stone was discovered in Russia in the year 1978. To date, no other location was reported to contain deposits of charoite stones besides Russia. The name charoite was derived from the river in Russia which is near it was found, the Chary river. A charoite stone looks a little unusual. It contains spirals and twirls, somewhat like little fibers covering it entirely. Its color is lavender but is also seen by some as lilac, purple or violet. Before, Mongols use charoite stones as decorative ornaments on their homes. During special occasions and feast days, they boil charoite stones and make it into a tea. This tea will be consumed by all of the members of their family so family ties will be strengthened and protected from evil.

A charoite stone’s hardness according to Mohs is 5 to 6. This stone was formed because of alteration of limestones. Combined with heat, pressure and incorporation of unique chemicals into the rock, new minerals were formed and that would include the charoite stone. Charoite stones can be made into vases, jewelry boxes, decorative panels, rings, bracelets and pendants. Jewelries made from charoite stones are said to give its owner calmness, restraint and is also able to strengthen marriage. Aside from that, if you wear a jewelry that has a charoite stone, your thinking will become clearer, helps you develop prudence and discretion and also bring you a more philosophical view on life. This is the reason why charoite stones are often termed as the stone of transformation. It doesn’t only change a person’s view about life but transforms negative emotions into positive feelings as well. Aside from that, charoite stones are also known as the stone of inspiration. This brings greater creativity and spiritual growth as well.