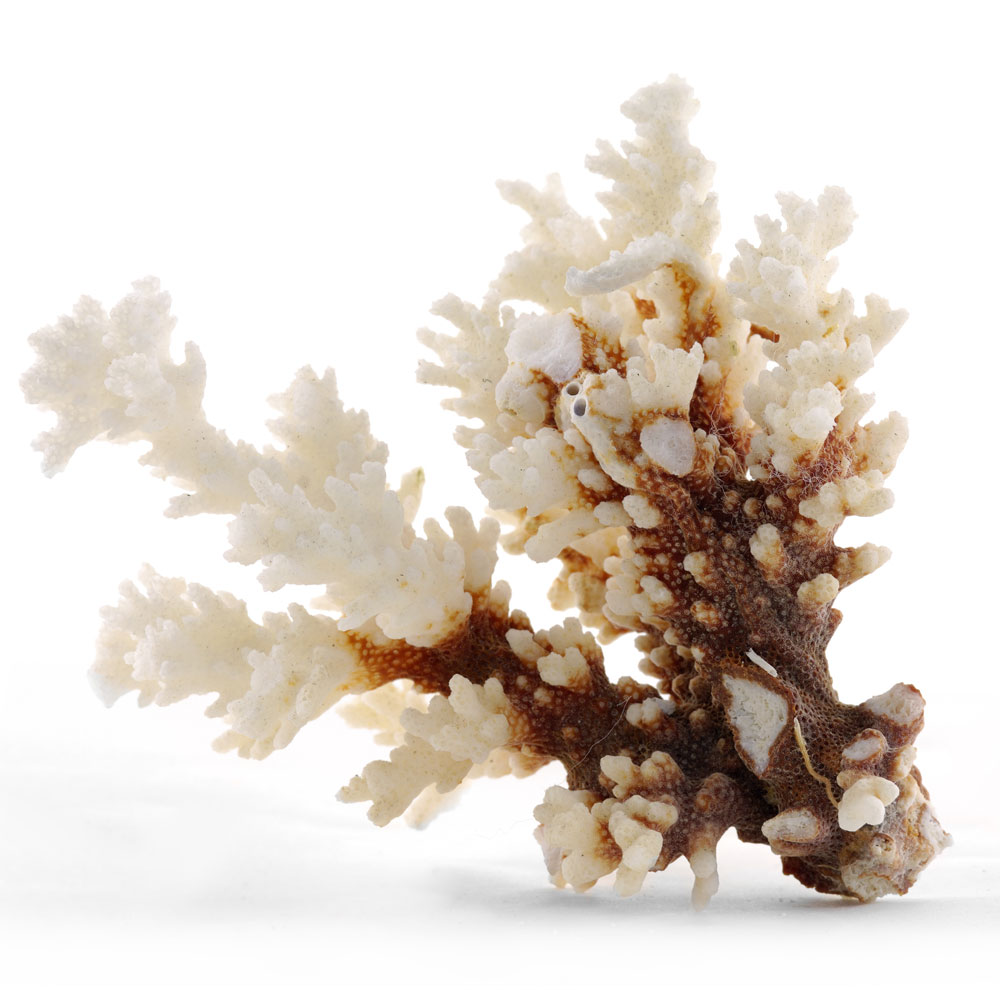 Corals are skeletal remains of marine organisms called coral polyps. It is made of calcium carbonate. These creatures can be found on colonies that branch out as they grow. Corals are easily distinguished under the sea because their branches form distinctive patterns. These patterns are made by sea animals and are seen as stripes or like wood grain. The colors of corals are usually pink, white, blue and red. Red corals are the most precious corals and have been used for many years for jewelry making. All corals seem uninteresting at first because its appearance is not that beautiful. However, when corals are polished, its luster and beauty comes out. Corals have Mohs hardness of 3 and are quite sensitive to heat and certain acids. They also have a tendency to fade over time. Corals are also referred as the garden of the sea and records have been shown that corals were used a long time ago as decorative objects and jewelry as well.

Red corals have long been used for jewelry making and design. Jewelries that can be made from corals would include beads, rings, necklaces and seals. During the 14 th century, corals were primarily used as beads for rosaries and as a charm. Also, corals are used for baby’s teethers and rattles. Corals are said to be the gemstone for joy and happiness thus allowing the owner to enjoy life as a whole. Since this stone has organic roots, it is said that corals reconnect a person with nature. When jewelries that have corals are worn, peace within oneself can be obtained. Aside from that, corals are also said to enhance intuition, imagination and visualization. Red and white corals are considered to be very useful in healing mental diseases as well as anemia. Corals too, make a person’s circulatory system and the bones stronger; this too can be used to allow faster tissue regeneration.