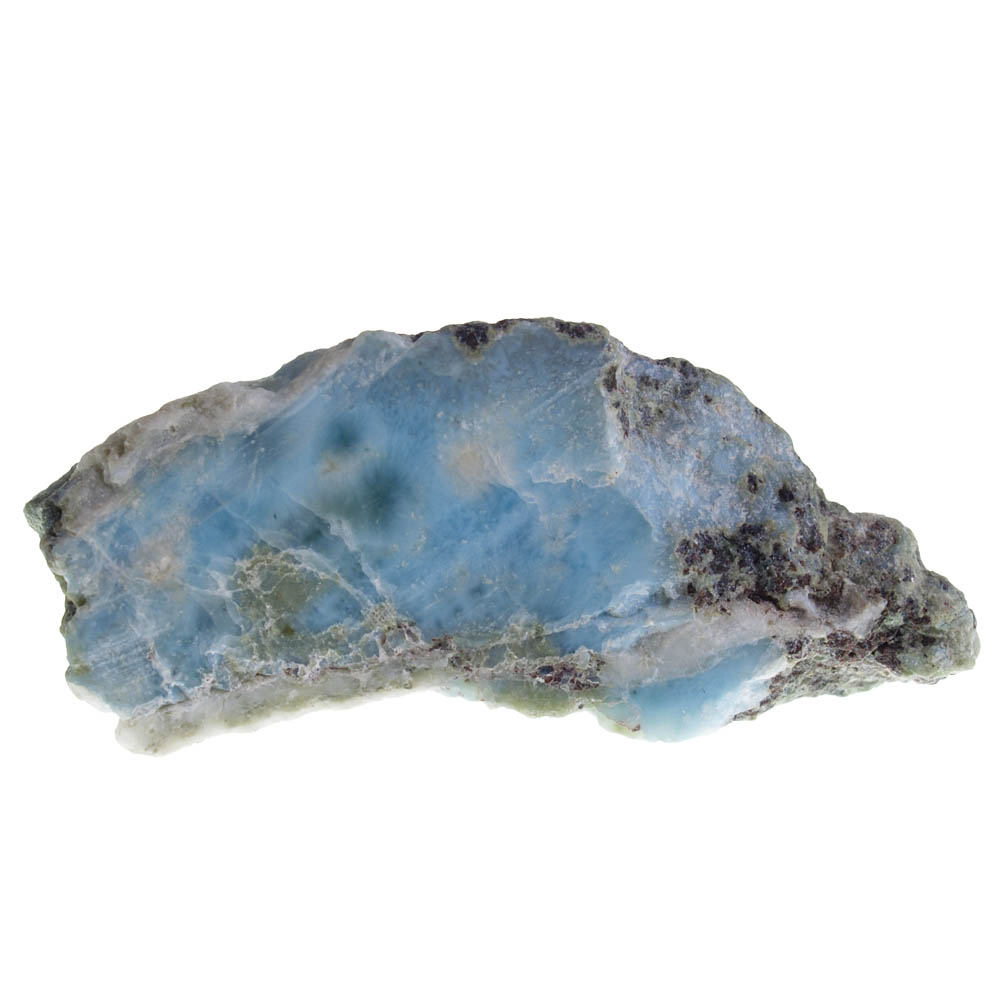 Larimar stone is a rare gemstone only found exclusively in a region in Dominican Republic. This stone was discovered in 1974 by Miguel Mendez, a peace Corp worker. Larimar stone was named after Miguel Mendez’ daughter Larisa , and Mar came from the Spanish name which means sea. This is because the larimar stone closely resembles the blue seas. The main component of larimar is pectolite . Pectolite can be found anywhere in the world but none of it can compare to the exquisite volcanic blue coloration of the larimar ston also called the Atlantis stone. The highest deposits of larimar stone is found in Los Chupaderos in Dominican Republic. Geologists said that volcanic rocks that contained basalts and andesites erupted in the islands of Dominican Republic. Contained in these rocks are blue pectolite components. When these rocks were eroded from the mountains, the blue pectolites were washed out and went down the slope which deposited into beach gravels . When the sediments that contain pectolites were carried to the sea, water movements polished the pectolite giving its natural blue color. From mere pectolites , Mother Nature’s natural processes surfaced the loved larimar stones today.

Because larimar stones look very attractive, these stones are preferred by many as gemstones. Because the larimar stone resembles the sky and the Caribbean seas because of its brilliant blue color, many believe that larimar stones help in the reduction of stress. Because of this, larimar stones are widely used today in the jewelry industry. Because larimar stone is abundant in the Dominican Republic, these stones are made into bracelets, necklaces, rings, adornments and ornaments and sold on almost every street in the city. You will also find a lot of merchants in the beach selling larimar accessories to tourists and visitors as souvenirs. The quality of larimar is determined through its color. White colored larimar are considered to be of low quality while blue colored larimar are of the highest. Larimar stones are sometimes seen as green too, but this color is often disregarded especially if the color is not vibrant.